Ballet dancer Ilse Smith has owned about 25 to 30 pairs of shoes, gets blisters on a regular basis, and has had a couple of toenails fall off, which is very common for dancers on pointe. Pointe shoes are very intricate, sometimes dangerous and definitely different from every other dance shoe out there. If she’s in a rush, she can usually put on her shoes in one minute, but if she has time it usually take about three minutes or so.

Smith, who has an undeniable essence of a ballerina, attends the studio Montana Ballet Company (MBC) and also attended The Dance Center, which is another dance studio in Bozeman.

“It’s really professional Smith says about MBC. There’s three studios, and they teach really little kids through high school. The instructors are really nice, but strict enough so you do see improvement quickly.”

Like every other little girl, she just wanted to try ballet class. But unlike many who start ballet at a young age, she decided to keep going with it.

” I don’t really know why I wanted to start dance, I wanted to when I was a little kid, and I just decided that I wanted to keep doing it, and I pretty much did ballet.” Smith has been dancing for eight years now.

When she was little, she always looked up to the older girls and wanted to be just like them. “ I went on pointe when I was ten years old.”

(Most ballet dancers are 12 years old and older when they get this level.) She would like to pursue ballet as a career in the future.

Now that she’s a sophomore in high school, she can dedicate more time to her passion.

“I probably spend seven hours a week there.”

She’s there five times a week including the weekends. A regular practice looks like stretching before class starts, time on the barre, and then going to center to practice technique. Then, they start rehearsing for their next performance. She does find it challenging to balance school with dance. When she gets home, she puts on her tights, her leotard, and heads to dance. On Wednesdays she arrives home around nine pm and finishes her homework around 11 pm.

“We have to wear a lot of stage makeup, because the audience has to see our faces from far away so we wear like fake eyelashes and things like that.”

Her favorite performance she’s participated in was Snow White with MBC back in April of 2017. MBC puts on performances about three to four times a year. 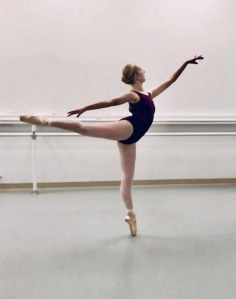 A vigil to mourn Breonna Taylor, a black woman killed by police in Kentucky, took place in Bogert park this evening. The vigil was organized by Bozeman United for Racial Justice and involved speeches, singing, and times of silence in memory of Taylor. Attendees brought flowers and lit candles to show their solidarity.
Today we lost Abracadabra, aka "Abra": debate tournament crasher, N221 and Hawk Tawk mascot, and friend to students since 2007.
Hawk Tawk is currently on the scene of today’s Montana Racial Equity Project’s Black Lives Matter rally. The entire park is filled with attendees, who plan on marching to Main Street, standing 6 feet apart, and getting Main Street businesses to sign the Bozeman Freedom Pledge. This pledge calls on businesses to adopt anti-racist policies, accept feedback from BIPOC in the community, engage in institutional transformation, and support racial justice work. Photo by Andromeda Tallman